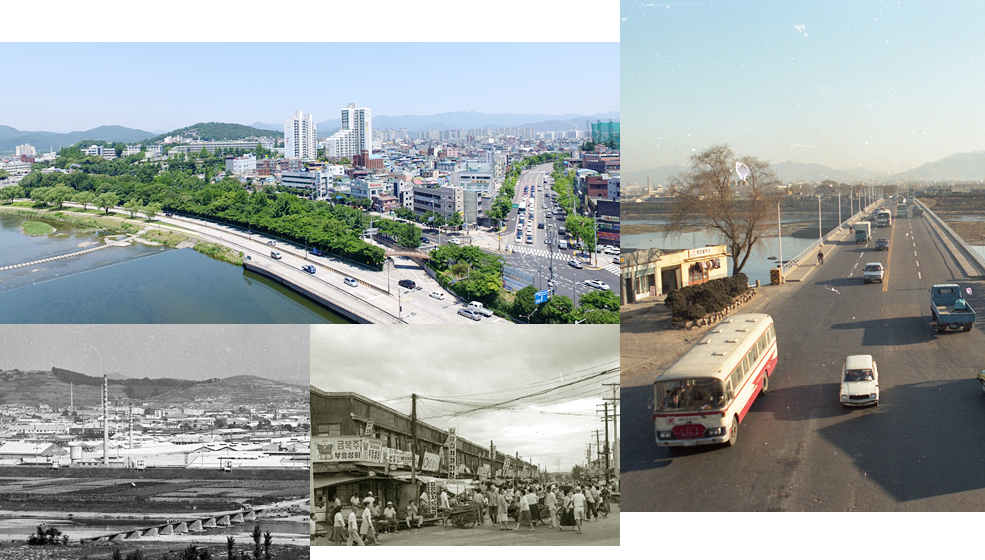 The history and the transitions.

Seeing that the life remains of the New Stone Age and the Bronze Age had been discovered in Dong-seobyeon-dong (The New Stone Age and the former part of the Bronze Age), in Dongcheon-dong (The middle period of the Bronze Age), on the Yeonam Mountain (The Early Iron Age), in Chimsan-dong, in Geomdan-dong, and the like places within the region of Buk-gu, it looks like the dwelling sites had been formed by the Geumho River and its tributaries from the prehistoric times.

Since the Buk-gu branch offices were newly established in the 4 dongs that had belonged to the Seongbuk-myeon, Dalseong-gun, Gyeongsangbuk-do in November 1938, they were elevated to the status of Buk-gu by including the Dongbyeon-dong and Seobyeon-dong in Gongsan-myeon, Dalseong-gun in January 1963.

And, together with the elevation of the status of the Daegu directly government-controlled city in July 1981, by including the Chilgok-eup in Chilgok-gun, its status was elevated to Buk-gu in the Daegu directly government-controlled city. And, together with the elevation of the status to the self-governed gu in May 1988, with the opening of the popular-elected autonomous era in July 1995, it has been accomplishing a lot of development in the fields, including the economy, the welfare, the culture, the environment, etc. And, at the present, when the popular elected 6th period was entered, our Buk-gu has been emerging as the advance base of the creative economy. And it has standing at the central position for leading the new changes of Daegu.

The history of the transitions